"The Basics" from Stampin'Up! 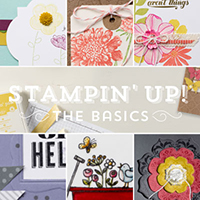 New to stamping or interested in becoming more professional at it? This fabulous online course "The Basics" from Stampin' Up covers all sorts of techniques every stamper should know. There are 34 different projects with instructions and complete supply lists, and everything is printable so you can work on them at your own pace and file the sheets in a binder for later use. There are even coordinating You Tube videos!
The online class is divided into six categories:
Each section is designed to take you from the simplest, most basic use of the technique or tool and gradually layer on more advanced techniques, with tips along the way. The instructions are simple and precise, and you can view the videos an unlimited number of times, stopping at starting at will.
So whichever way you like to get your inspiration, it's there. And at only $14.95 and downloadable to your computer or laptop, it's easy and affordable to have inspiration at your fingertips wherever you go!

You can order HERE and see all the details.  If you have questions please feel free to contact me.

Posted by Renee Ondrajka at 6:24 PM No comments:

How was your Valentine's Day?

My Valentine's Day was one of the best.  I had a laid back day and my hubby came home from work fairly early.  I made shrimp scampi for supper which was a treat.  This is not a normal meal for us.  He also bought me this red teddy.  We usually don't exchange gifts for Valentine's so that was a nice surprise.  And we even had a little wine.... All fancy like.  *Ü* 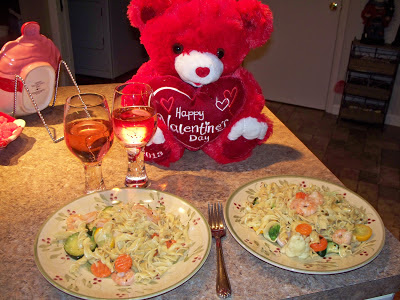 Then when our youngest daughter came home she brought me this. 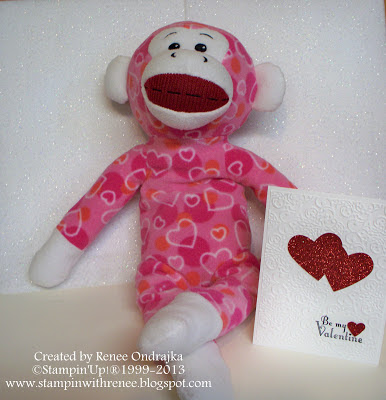 You know my obsession with Sock Monkies!  And just so this post still pertains to stamping, this is the card that we made at my Stampin'Up! party on Tuesday night.  This was so simple, but elegant.  I saw this card idea somewhere, but can't remember where.  Oh yeah it was on Pintrest.
Thanks for stopping by.
Blessings,
Renee
Posted by Renee Ondrajka at 4:52 PM 1 comment:

Just a quick post today, but I wanted to wish each of you a Happy Valentine's Day and hope you are spending it or at least part of it with someone you love.  These are the cards I'm giving to the three of the people I love most in the world.  There should be no fear of them seeing these before they get them since my hubby doesn't go on line and Lindsay and Brooke very seldom read my blog so I should be good. 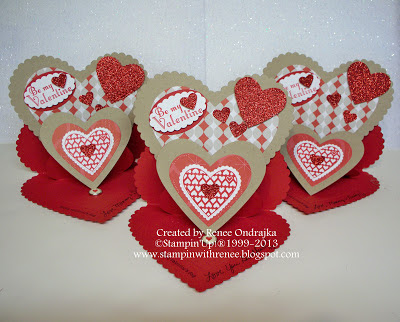 I found this idea Here.  I had pinned it on Pintrest and was glad I did so I could find it quick and easy.  Don't you just love Pintrest.  It really has made such a difference for me in keeping organized.
Thanks for stoppin by and again Happy Valentine's Day!
Blessings,
Renee
Posted by Renee Ondrajka at 5:06 PM 2 comments:

No I've Not Fallen and Can't Get Up!

I know some of my faithful blog readers have probably wondered what has happened to me.  I was on a roll there for awhile and then I stopped posting.  Well I got pnuemonia, that's what happened.  I have felt awful and haven't even felt like darkening the door of my stamp room.  Well really not the door because there isn't a door on my stamp room.  LOL!  So I haven't felt like taking the steps to the basement.  It's been rather chilly here in the Thumb of Michigan with all kinds of snow, rain, ice, etc.... you know how it goes.  Not nice and then not feeling well on top of it has not made for much in the stamping department.  I did go to the doctor (already had a wellness check-up scheduled) on the second day of not feeling the best.  She told me I was basically run down and that I need to take care of myself.  The last 6-8 months have been pretty overwhelming with all my families health issues and after having strep back in November and now pnuemonia I guess my body has said enough and that I've needed to rest and that is what I've been doing.  The only thing I did do was go with my daughter, hubby, sister and my daddy to an Alan Jackson concert last week.  This had been a dream of my daughter's since she was very little and we'd had tickets for months and I wanted to be there with her.  She said it was the best concert she's ever been too and she's been to a few.  It was actually fun to just watch her watch the concert.  She's alway been my "Little Bitty" and it was a joy to see one of her dreams come true.  The only thing better would have been if she could have gotten her picture taken with him.  Maybe next time. 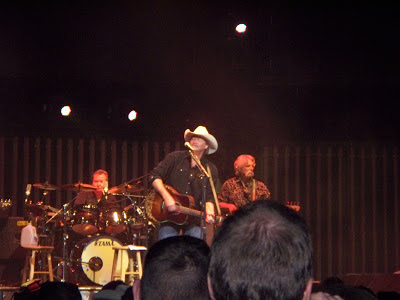 Here is something that I have been able to do just laying on the couch.  I know you come here to see stamping, but I like to share other things I'm up to as well  This is my first crocheted dishcloth.  I've known how to crochet for years, but haven't done a lot of it the last few years so it's fun to get back into it and learn some new things. 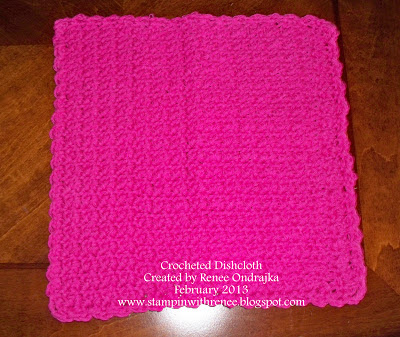 Now to the stamping.  This is a card that my upline and I made several weeks ago now.  Using all new products from the Spring catalog.  If you'd like more details let me know.  I don't have time to type them right now as I will be heading out to do a workshop here in a bit.  Looking forward to seeing my stamping peeps.  Seems I've been so out of touch.  Hopefully things are on the upswing now.  Sale-a-bration is in full swing so it's always a great time to stamp with friends. Well actually any day is a great time to stamp with friends.

Dont' forget you can place orders 24/7 in my online store at www.reneeond.stampinup.net.  Free item with every $50 purchase.
Blessings,
Renee
Posted by Renee Ondrajka at 5:53 PM 1 comment:

Renee Ondrajka
Pigeon, Michigan, United States
I've been married almost 34 yrs. to Frank (the best guy you'll find and the center of my world) and we have 2 daughters Lindsay (31) and Brooke (29) and a sweet kitty cat named Sabby. We also have four fur grands, Gunner a black lab, Captain and June Bug both Brittneys and Bella a pretty calico kitty. I've been a Stampin'Up! demo for 20 years.

Promote Your Page Too

The Fun that Comes to Your Door